When Sam Wilson, 15, heard the Carson City Library was extending its hours to include Sundays he was overjoyed.

“That’s exciting news,” he said. “The more they’re open, the more opportunity there is for me to go and learn new technology.”

“We are truly the only public facility that allows free access to the Internet and computers on Sunday,” she said. “It helps out families. It helps out those who have several jobs. Job seekers can come in on Sundays. It helps out anyone who may need more flexible hours to come into the library.” 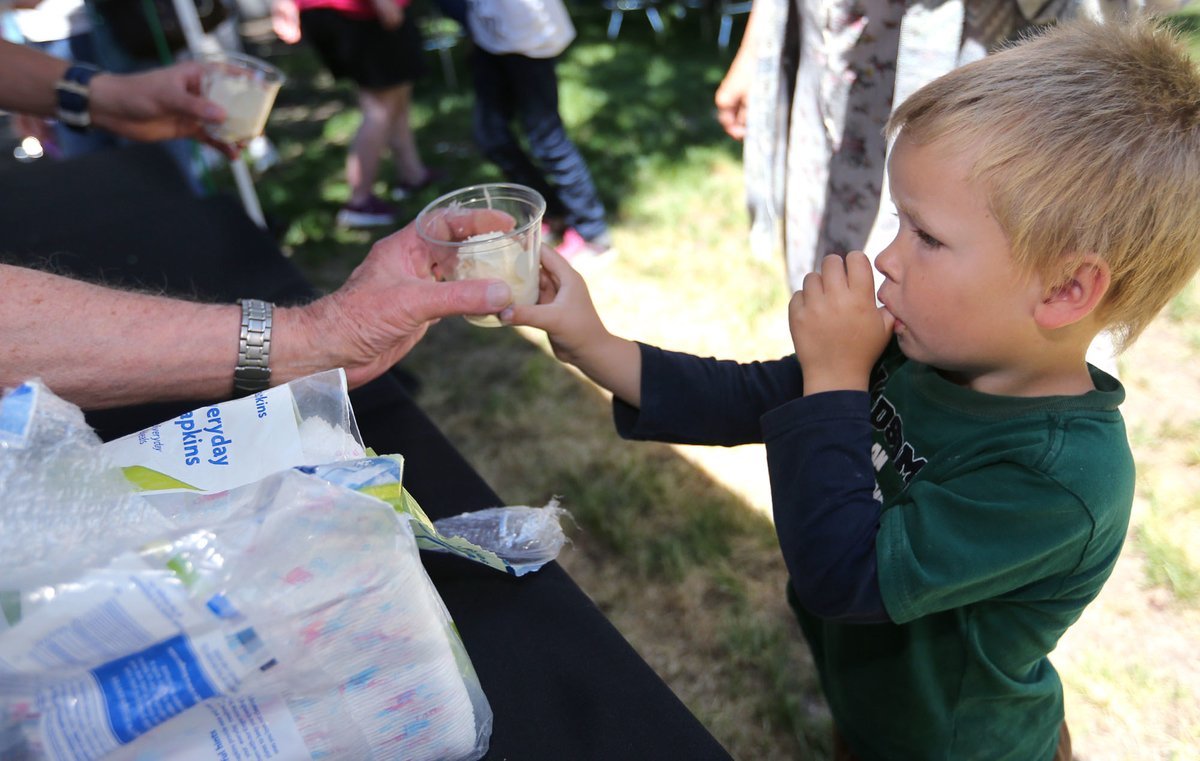 She said respondents to a community-wide survey in 2010 overwhelmingly requested the library be open Sundays. Through the years, she said, patrons have continued to petition for the seventh day.

She said the staff looked for a creative way to fill that need.

“Although we do not have the budget to increase our hours, we do have the ability to go to seven days a week,” Loyd said. “It entailed adjusting the current hours. While we will still be open for 56 hours each week, it will be spread over seven days.”

Starting June 1, the library opened weekdays at 11 a.m., rather than the customary 10 a.m., adding up each additional hour to make up the Sunday 10 a.m.-5 p.m. schedule.

To celebrate, the library is hosting Sundaes on Sunday each month, where ice cream sundaes are served in the Secret Garden.

While the library will still close for holidays and professional development days, Loyd said, it will still serve the community nearly every day of the year.

“It is very exciting,” Loyd said. “I’m really happy we were able to find a solution within our current budget. We didn’t have to apply for additional funds, and we can still satisfy the needs of the community.”

Wilson, who will be a sophomore at Carson High School this fall, rides his bike nearly every day to the Carson City Library where he spends his afternoons in the Digitorium doing his homework and surfing the Internet.

“There’s a lot of technology there I can utilize,” he said. “And I like to hang out with my friends.”

He recently used the computers available there to create his resume.

“I applied for four or five different jobs,” he said. “I ended up getting one as a recreation aide for the (Carson City) Recreation Department. It’s an amazing job.”

Molly Walt, manager for the library’s Digitorium, said Wilson is typical of the high school students who use the space and the laptops, iPads, movie-making equipment and other technology available.

“They can use their own computers or check out one of ours,” she said. “They are able to access the digital resources from the school district, so they can submit their homework assignments from here.”

Walt said many of the teens choose to spend their afternoons in the library rather than home alone while their parents work.

Extending the library hours gives them a place to go on Sundays, as well. She said it also serves those students who can’t currently fit a trip to the library in their schedules.

“For those who are involved in sports and other extracurricular activities, having it open Sundays is going to be a positive,” she said. “They’re busy six days a week, and Sundays may be the only day they have to do their homework. To have the library resources available to them on Sundays is going to be very well received by students and their parents.”