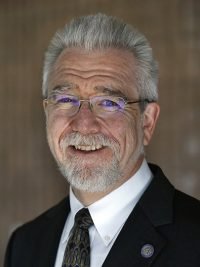 Colegrove was offered the position during the Aug. 9 meeting of the Carson City Library Board of Supervisors. He accepted last week.

He said he is eager to make the transition from the Nevada State Library, Archives and Public Records.

“The public library is all about making a difference,” he said. “Not to suggest the academic library does not, but it does so in a very different way. When the kids come into story time and get engaged, they discover a world that will guide them as they grow up.”

Colegrove said Carson City is leading the way as libraries across the country are “rediscovering and reimagining librarianship.”

“Libraries are figuring out what it means to be a library in the 21st century,” he said. “They’re having a real impact on learning and discovery.”

Colegrove was formerly the director of the DeLaMare Library at the University of Nevada Reno, on the @One Learning Commons development team at the Knowledge Center and served as faculty for the Honors College and Physics department at UNR. He has also worked in the telecommunications industry and computer systems administration.

Colegrove said he will continue the programs set in place at the Carson City Library, and work with the community to grow into the future.

“I know what I want to do, and I want to learn what Carson City wants done,” he said. “The direction of the library needs to be a conversation.”

Colegrove was selected in the second round of interviews in the search for the new Carson City Library director, after the first applicant turned down the offer.

Colegrove will replace Sena Loyd, who resigned the post in February to take a job in the private sector. Loyd served in the position since January 2014.